The following article was originally published on HR.com.  It’s one of my favorites.  Re-reading what I wrote so long ago, I’m pleased that this essay has stood the test of time.  Now seems like the perfect moment to re-introduce the topic of claiming one’s own brilliance.  Enjoy!

Most people are bigger than they know.  Our society celebrates superstars and searches for the next American Idol. Yet in our everyday lives, the ones that involve going to the grocery store on a Wednesday night after work, lest there be a mutiny at home at the dinner table, there is little of that “bigness business.”  Others know when “your stuff”, the stuff that only you can do or make or be, is good, really good. But tooting your own horn, saying how good or big you can be and stepping into it is not dinner table conversation. Photo by twodolla

There is a voice in my mind that screams out firmly, “Don’t be arrogant!  Don’t get too big for your britches!”  It is the voice of my family of origin, my immigrant parents, Asian through and through, wanting to fit into a white society.  My father died when I was 13 years old.  Many years later, when I was in my thirties, I was cleaning out a desk at my family’s home.  There, I found a stack of letters that my older sister had received from my father, after she had gotten married and moved away.  He wrote, “Carol is sticking out like a sore thumb.  She got the highest grade point average in her 8th grade class.”  It was the first time I had ever heard that my father was proud of me. I could see that he was uncomfortable with me not “fitting in”, yet he also wanted to tell someone how proud he was of me.  He chose to tell my sister and not me. I suspect that he also had a Gremlin about recognizing his children’s achievements in front of them, that that would only lead to “big heads” and arrogance.

The irony is that recognizing one’s achievements, one’s greatness in whatever one’s area of excellence, doesn’t lead to arrogance.  It leads to more greatness and more gratitude. Arrogance doesn’t come from thinking of yourself as Big. It comes from thinking of others as Small. Once you get over that, there’s plenty of room for everyone to be Big. 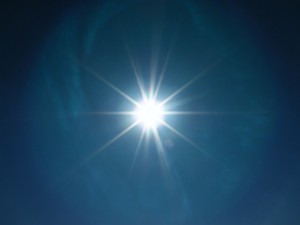 Humility means a lot to me.  So how can you be Big and humble at the same time?  When I’m being Big, it’s not actually about me. It’s about using my gifts in service to others.  It’s about being “in the flow,” where everything is effortless.  Somewhere in me, there is something pushing me forward to share more of myself with the world. This is Bigness at its best. I know what needs to be shared. Not my list of errands or gripes about medical insurance. What needs to be shared is what only I am uniquely wired to give. A friend told me that I have the rare combination of being brazen and compassionate at the same time. I am analytical and intuitive in the same breath.  I bridge the male and female worlds with my engineering mind and my eyes that see what people yearn for.  Photo by emrank

I realize that when I let myself be Big, I let my clients be Big as well.  When I keep myself Small, others are held back as well.  This is leadership by example.

A friend warned me that when I move into the land of Bigness, I must be willing to stand alone at times. Bigness does not mean that everyone will like you.  Bigness means that you like yourself.  Fully. By the same token, Bigness draws people to you that are collaborators, creators in a like-minded way, and supporters.  You become surrounded by people who love you, even as those who don’t care for your message fall away. When I stepped into a more truthful and vulnerable place in my monthly newsletter, I got the highest number of “unsubscribe” messages ever. And I received countless messages from supporters, loving what I had to say and the way I said it. 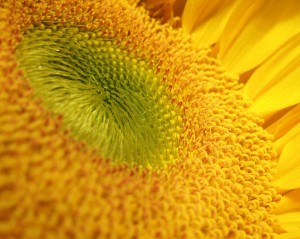 Someone asked me what happened in the journey from being out of alignment in my values with the company that I worked for years ago to having my own company today. I grinned and said, “I’m much Bigger now than I ever thought I could be.”  He was puzzled by my words.  So I stood up and spread my arms wide and shouted, “I get to be THIS BIG.”  I then went on to talk about how a company’s expectations of me, unspoken or written down in a policy manual of what was appropriate and not appropriate, no longer applied.  I’m not linked to anyone else’s performance review of me. What matters is my own conscience and the results that I produce for my clients. I create what I want in the world, with who I want.  Photo by kevin dooley

Holy cow. Can you imagine what the world would be like if everyone realized they could be Bigger, if they realized that doing more of what they do best would be a gift not only to themselves but to everyone else around them?  Some people might have visions of egos run amuck. In reality, it would be greatness shining brightly, showing the way for even more people to take a step into the unknown space of who they really are.

How big will you dare to be?