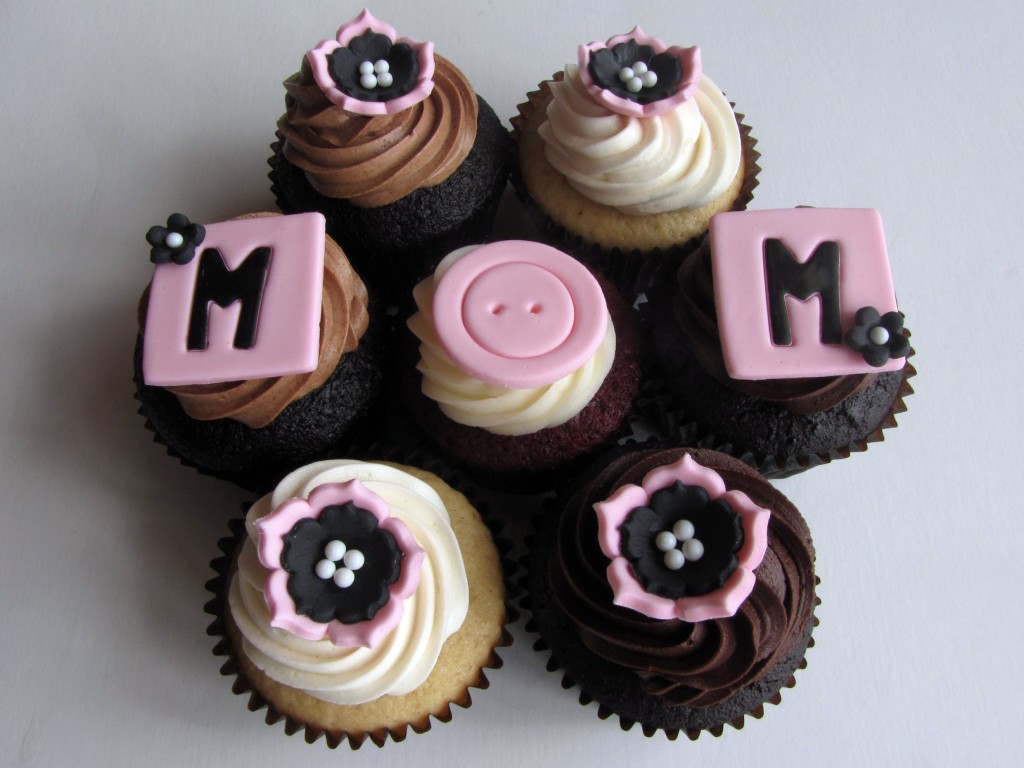 Twenty plus years ago, I was imprinted with the label, MOTHER, when my first child was born.  A couple of years later, my second child was born. Two sons. Photo by Clever Cupcakes.

Chip and I took on the role of parents with enthusiasm.  After a 7-month maternity leave, I arranged with my employer to work part-time. I delighted in having two days a week at home, living at the pace of stroller walks around the neighborhood, afternoon naptime and meals made of defrosted cubes of mashed peaches mixed with yogurt.  My baby son became a toddler.

When baby #2 came along, Chip was newly laid off and decided to stay home with the kids, full time.  I went back to work, full time.  My label became WORKING MOTHER.

For the next two decades, our lives were filled with kid activities. If I close my eyes, I can see the images of those years, like short clips from a poignant movie.  A Mother’s Day tea at preschool, being served by son #2 in a purple vest.  Watching son #1 during weekly karate practice, doing warm up exercises.  Driving both sons to math competitions.  Road trips across the country, with stops to fulfill our daily promise of ice cream, to see displays on UFOs and military vehicles, and to hike national parks.  As the kids got older, there were choir and band concerts, mock trial and robotic competitions, and proms.  I taught both sons to drive, in the parking lot of a Sam’s Club that had closed many years ago.

As my sons became more independent, I took on the label of WORRYING MOTHER. When they took a 2-week trip to China for high school students, I watched for the daily email from the chaperones, hungry for the group shot that was visual proof they were still alive, half way around the world.  I got a smart phone so that I could text with my younger son. I put a special note in my brain at bedtime, to listen for the sound of the garage door opening on a Saturday night.  Once, I called the parent of my son’s friend, looking for my son, only to find out later that all along, he had been his bedroom, in front of his computer.  When each child went off to college, thousands of miles away, I insisted that we have weekly video calls.

It is only recently that I became aware of this pattern of worry.  I worried about son #1, soon to graduate, uncomfortable with networking, and submitting resumes into the black hole of online job applications. I worried about son #2 finding an apartment for the summer in Atlanta. I listened nervously to one son’s plans to take a roadtrip and sleep in the car, rather than pay for a hotel.  The list goes on.

Until finally, the perfect storm hit.  I attended a three-day coaching training where on the second night, we watched the movie, About Time. If you haven’t seen the movie, the protagonist, Tim, is able to travel in time, to change the course of events.  Ultimately, he decides to live each moment, fully, rather than to try to (re)create the perfect life.  I cried throughout the movie, after the movie, and before I went to bed that night. In the morning, I woke up crying.

With a little help from my friends, I came to realize my sadness around “missed opportunities” to connect more deeply with my family, especially my sons. They would never be 5 or 10 or 15 years old again. I was steeped in self-pity at the thought of their empty bedrooms, void of their childhood belongings, cleaned out after their last Christmas break at home, in preparation for painting and re-carpeting.

The worrying had been my way of trying to hang on, as MOTHER. Last week, one of my sons gave me a glimpse of the impact of my years of worrying. It was the best gift my son could have given me.

I had kept a grown man, resourceful and capable beyond his years, perpetually in my mind as a child.  Unknowingly, I had created tension in our relationship and ultimately, separation from my son.

Afterward, I wrote to my son:

“Dad and I have raised you well and now our job is done. I fully trust you to make good decisions. In the past, I may have chosen worry or doubt. Going forward, I am choosing optimism, thrill, and trust. This is rooted in my pride, knowing deeply the capable and fine man you have become. I see that so clearly in this moment. And if I forget, I want you to remind me. You don’t need my help or Dad’s to find your way in the world. You have everything you need.”

He wrote back immediately, glad and grateful that the light bulb had gone off in my head.

Something had shifted within me.  I now see him as the adult that he is.  Yes, like all of us, he will make mistakes. But those will be his mistakes to learn from. I will not rob him of that experience.

In a meditation, I saw a new vision of being a mother, one more akin to how my own mother sees her life–as the proud matriarch of a large clan. My mother’s sons and daughters went away to seek their fortune in the world. Years later, the original family reinvented itself with the addition of spouses, grandchildren and great grandchildren.

Two days ago, I texted my son:

“I can see and feel a different relationship going forward that serves both of us. I could not see that future before, but I can now. I love you.”

My love for my sons never wanes, even as my role changes.  MOTHER has shifted from being chief protector and worrier to champion and wearer of the badge of pride for a job well done.  Filled with optimism, thrill, and trust, I have tears in my eyes, grateful for this new perspective.  Thank you, Casey and Andy, for making today a very special Mother’s Day.

Reddit
Posted in Gratefulness, The Personal Journey, Uncategorized
← What I Know Now About NetworkingHolding Light →