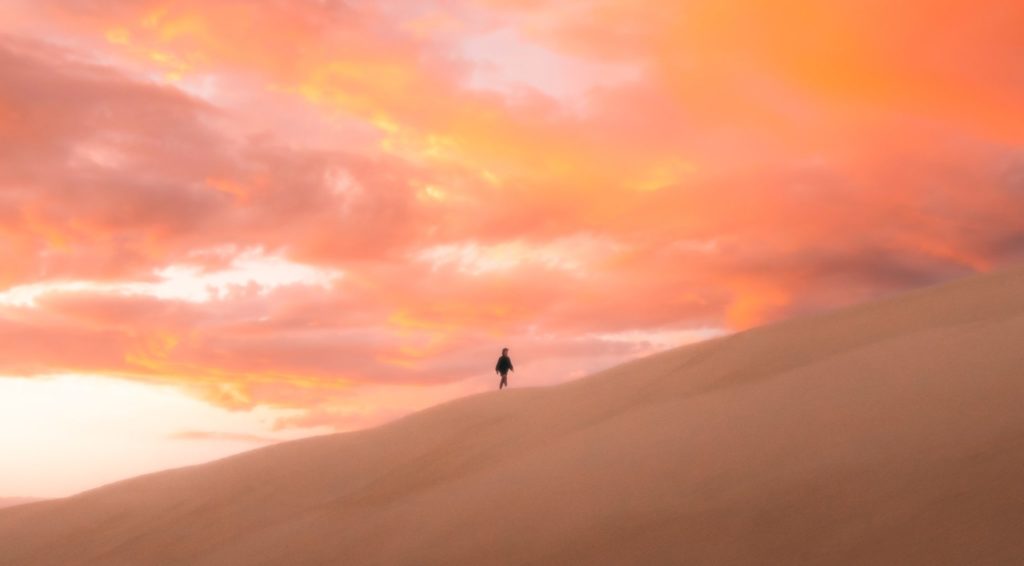 The following is Part 2 in a series of posts about my journey into the metaphysical world, starting with a road trip to Vermont that took me to the site of a demolished train station, poised for an eerie photo. If you missed Part 1, you can read about it here.

Days after returning from a vacation in Vermont, I had an acupuncture appointment.  I had seen Jane, my acupuncturist, regularly for several years. We became friends and I discovered her psychic abilities. Occasionally, while on the treatment table, I would consult her on business matters. She was always spot on. Although I had never formally hired a psychic, I trusted the information that Jane gave me and was grateful for her gift.

I told Jane about unknowingly visiting the site of my grandfather’s arrest, over 100 years later, and the strange image that emerged from my iPhone. I told her that my grandfather had been in my dreams the night before.

She replied, “He’s still here.” I was confused and concerned. My grandfather died in 1953, before I was born. She went on to explain, “He hasn’t passed over yet. They don’t have the same concept of time that we do.”

This seemed like some sort of purgatory, to die but not move on. I wondered what would allow him to pass over, especially if it hadn’t happened in over 60 years. I was curious. I told Jane what I was uncovering of my grandfather through genealogy research. I had been immersed in creating a timeline of his life, and the question that emerged for me was this: “Was he a family man?”

He made choices that were hard for me to understand. Two of his daughters were raised by relatives in China. He spent years apart from his first wife, he in the US and she in China. After she died, he married again in China, but never brought his second wife to the US. Instead, he left two sons to be raised by his new bride. He put his youngest daughter, a toddler, up for adoption.

What came next was startling. Jane was receiving information from my grandfather, which she relayed to me. He was talking about his life of organized crime, a life that seemed to have taken hold of him, rather than something he sought out. I knew from my research that he came to the US illegally at the age of 15, spent two years in jail in Vermont, and was released for unknown reasons. Now, what I was hearing was that his savvy instincts caught the attention of other prisoners and planted the seed for his “career”. Later, he thought about getting out of the business, but he was in too deep. He had regret, as well as guilt.

This all made sense. For an uneducated immigrant, my grandfather was remarkable in his ability to thrive. Through his street smarts, he created a life that even he could not have imagined. He made his home in three major US cities. In Minneapolis, where his children were born, he owned a car and lived in a nice neighborhood. He made enough money to return to the village in China where he was born, not just once, but five times. Officially, on ship manifests and government papers, he listed his occupation as “laundryman.” 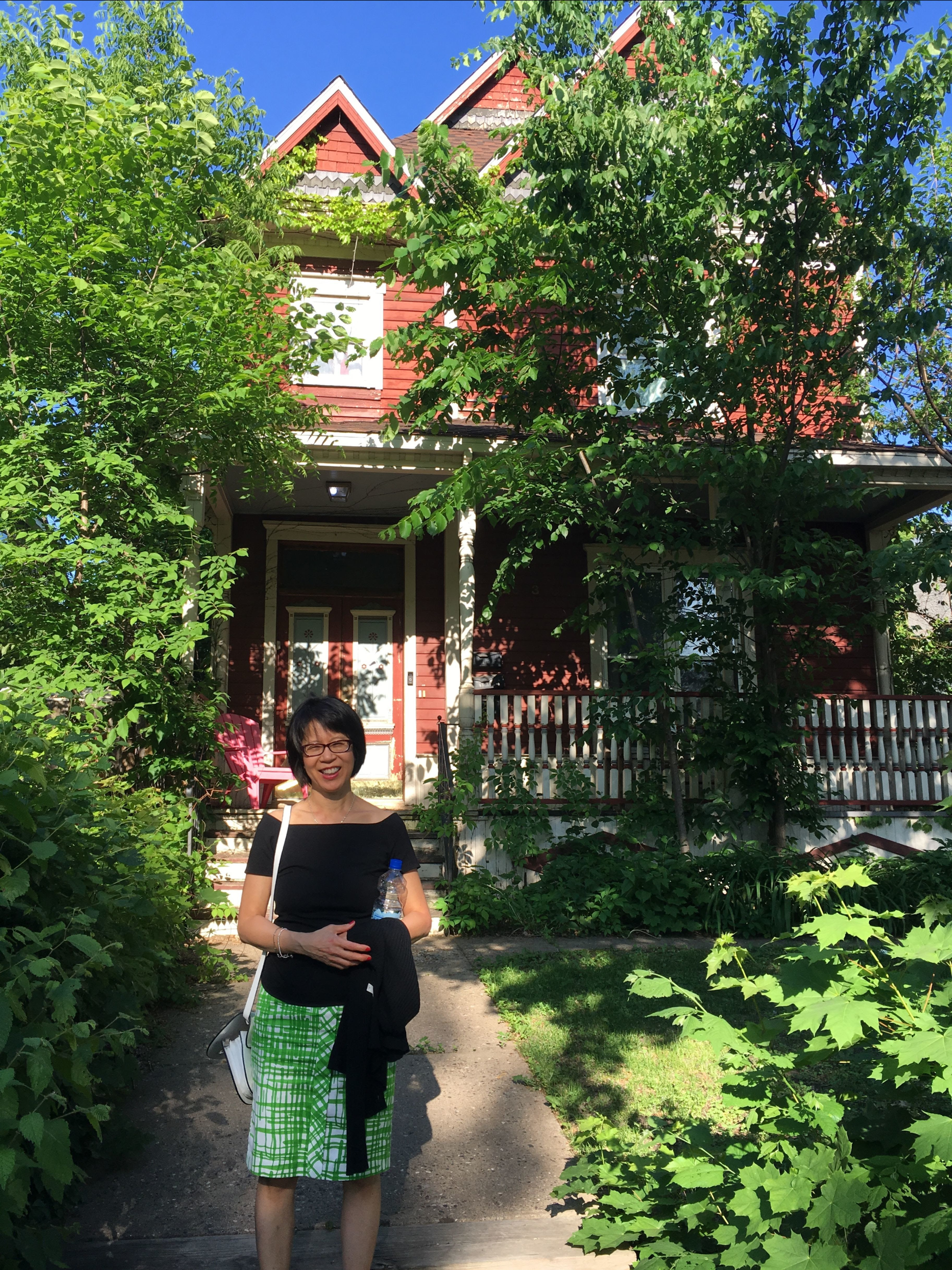 I found my grandfather’s former home when I visited Minneapolis in 2019. Coincidentally, it was a block away from a local restaurant where I was hosting a meetup event.

Given my grandfather’s real occupation, I heard what was a simple explanation to the choices he made regarding his family. He tried to protect his family, by separating them from his business. It’s why he sent three of his children back to China to be raised and why he placed the youngest child with a local couple in Minneapolis. When my grandfather married a second time, he was not just supporting a wife and his children. He was supporting his wife’s family in the village. It meant the difference between a harsh life of poverty and a comfortable one. When his three older children became young adults, he brought them back to the US.

As I lay face down on the treatment table, tears came to my eyes. I was grateful for this man I never knew who took huge risks to come to a new country. According to my mother, he was a stowaway on a ship from China. Somehow, he made his way across Canada, to enter the US by train in Vermont. In my research, I found that this port of entry was a common “back door” for illegal immigrants in 1900, the year my grandfather arrived in the US. Had he not taken this arduous journey, my father never would have been born in the US and served in the Army during WWII. And because my father was in the Army and stationed in Kunming, China, a town far away from where his ancestors lived, he met my mother.

I exist because my grandfather took a chance. I mused about the dozens of descendants who have made positive contributions to their communities and society and said, “He should be proud.” Jane responded, “Yes, he is.”

Jane continued to get information from my grandfather. He told of his remorse around killing a woman. I had been grappling with the concept of forgiveness, especially as it applied to myself. I had recently concluded that forgiveness is available to everyone, even if the act is not forgivable. My grandfather heard the four words that had eluded him for six decades. I said softly, “You are always forgivable.”

I began sobbing, face down, on the treatment table.

Jane relayed a question from my grandfather, “Are you okay if I pass over?” My answer was an absolute yes. I wanted him to have peace.

It all felt like a dream, a rich and vibrant one, where it can be hard to discern what’s real and what’s an illusion. What I know is that the emotions and feelings were real. I was forever changed.

In Part 3 of this series, I’ll talk about a parting gift from my grandfather, and how this metaphysical encounter propelled me on my soul’s journey.